Micheal was a natural from the beginning always standing 4 square and always by my side. I don't normally keep liver boys as they are not as easy to keep in show coat but he kept working his way into our hearts and stayed.

He started his show career at the 2014 ESSCC Nationals weekend and took Winners from the puppy class at the supported entry. His next weekend in the ring garnered him 3 BOB's from the classes along with a Group 1rst and 2nd to finish his Championship and ranked him # 7 in the breed.

Stateside at the Christmas Classic weekend in Cleveland he was Best of Winners 4 straight times and even BOB over 5 Specials for three majors and his first 12 points. Another trip to the US for a 4th major and another BOB over specials to finish.

His potential was there and Master Groomer Ann Curran took on the conditioning and care of Michael and he lived between us during his show career.

He played a bit at local shows in 2017 and a couple more Group wins to rank # 5 in the breed before a more committed run in 2018. With a Best In Show, 2 Reserve Best and 32 Group placements including 8 Group wins ranked him # 1 in the breed and # 11 in the Sporting group. Michael also traveled with Ann to compete in Grooming competitions and develop her incredible grooming skills. Now Michael relaxes at home in a very tidy pet trim!

Michael has been used as a sire a few times and is the sire of: 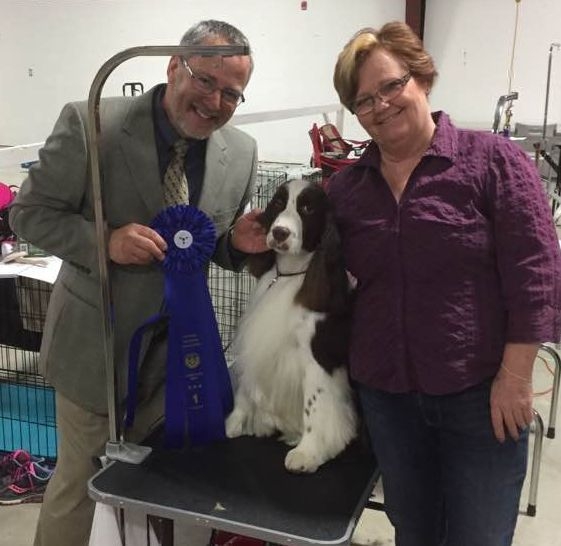 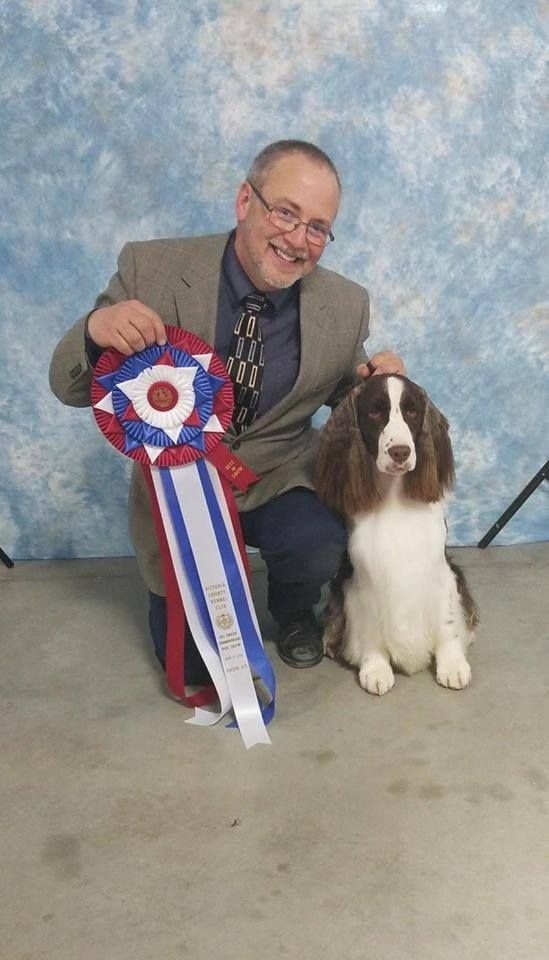 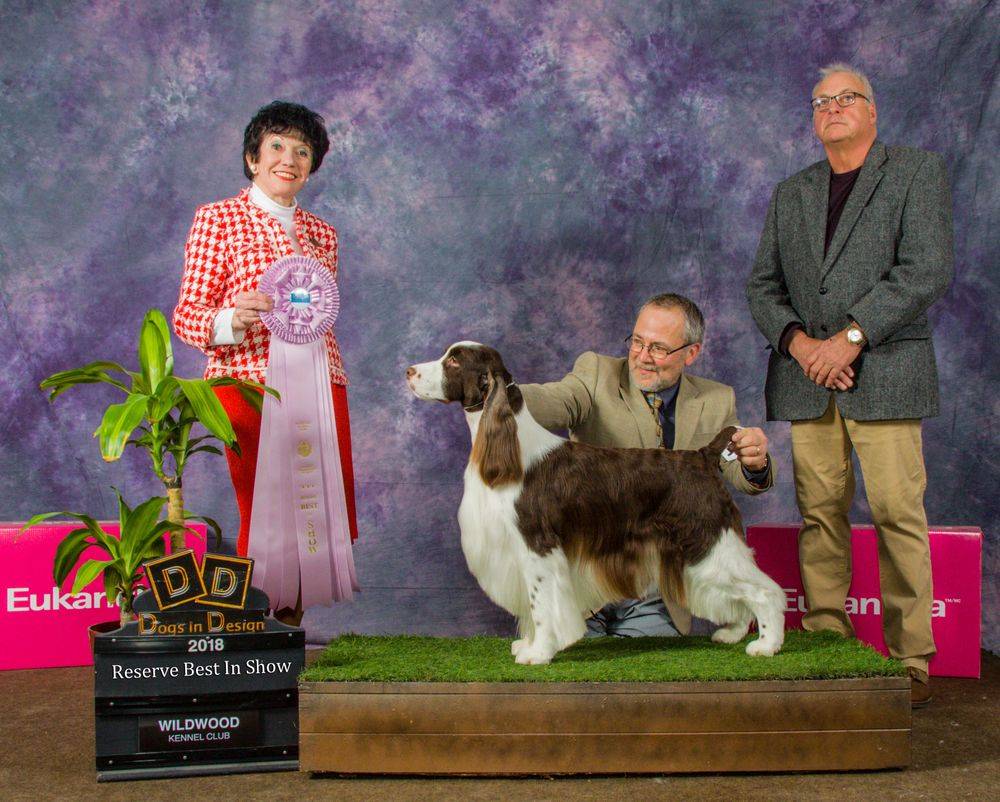 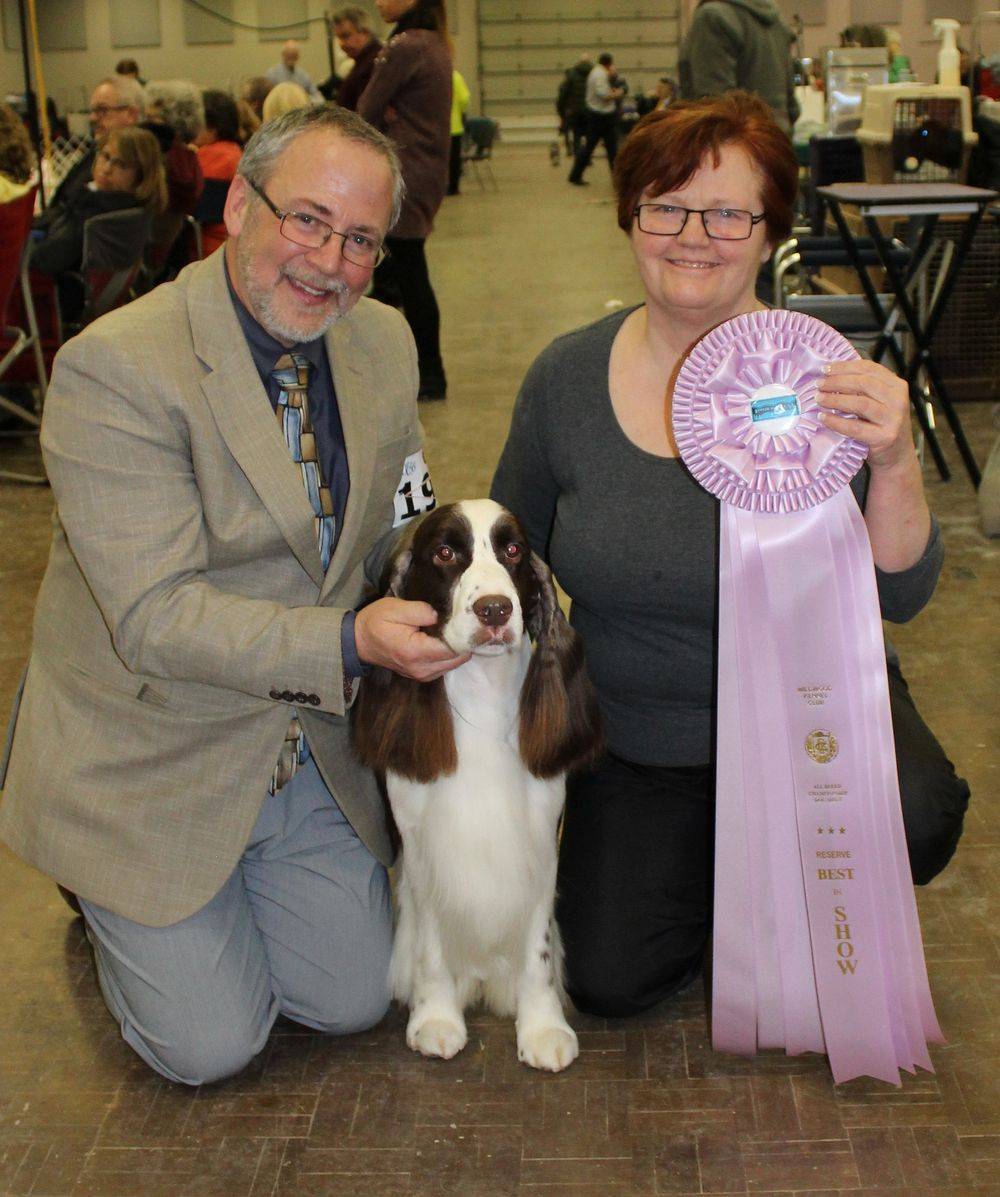 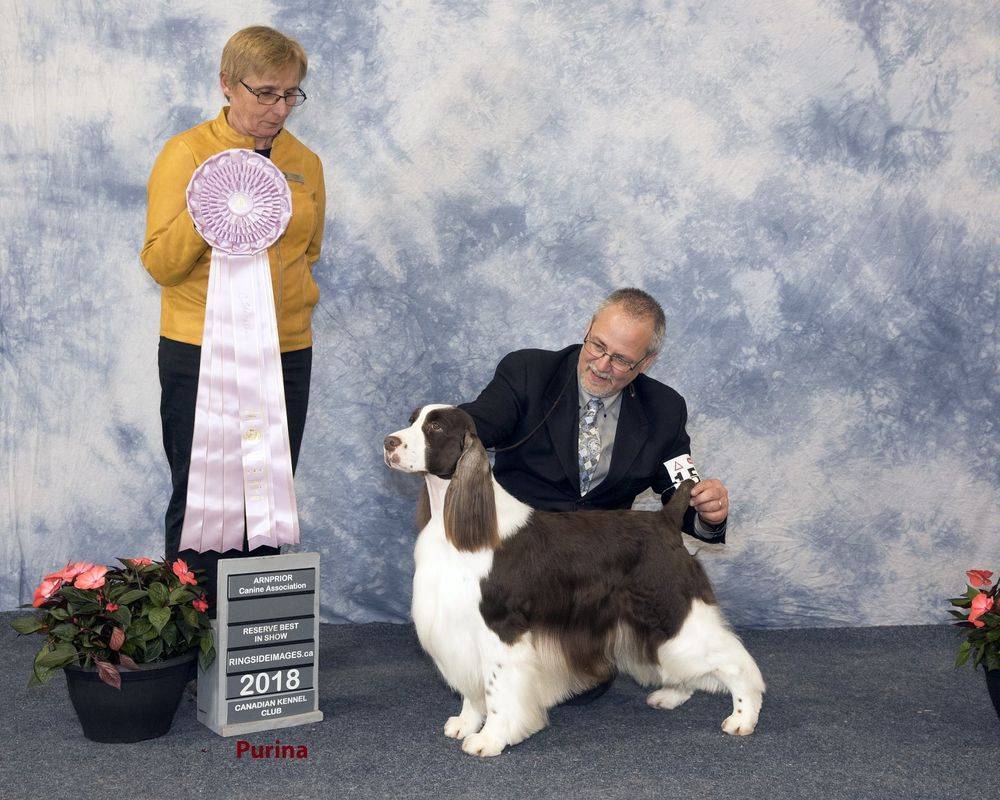 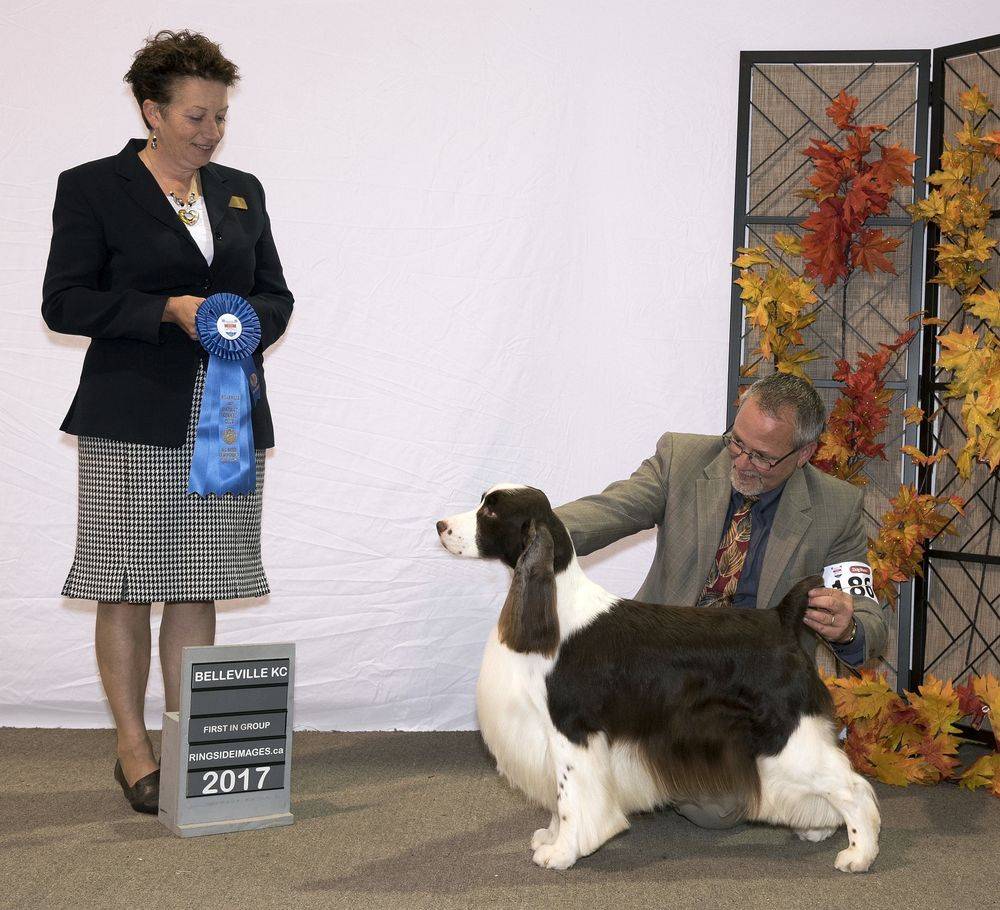 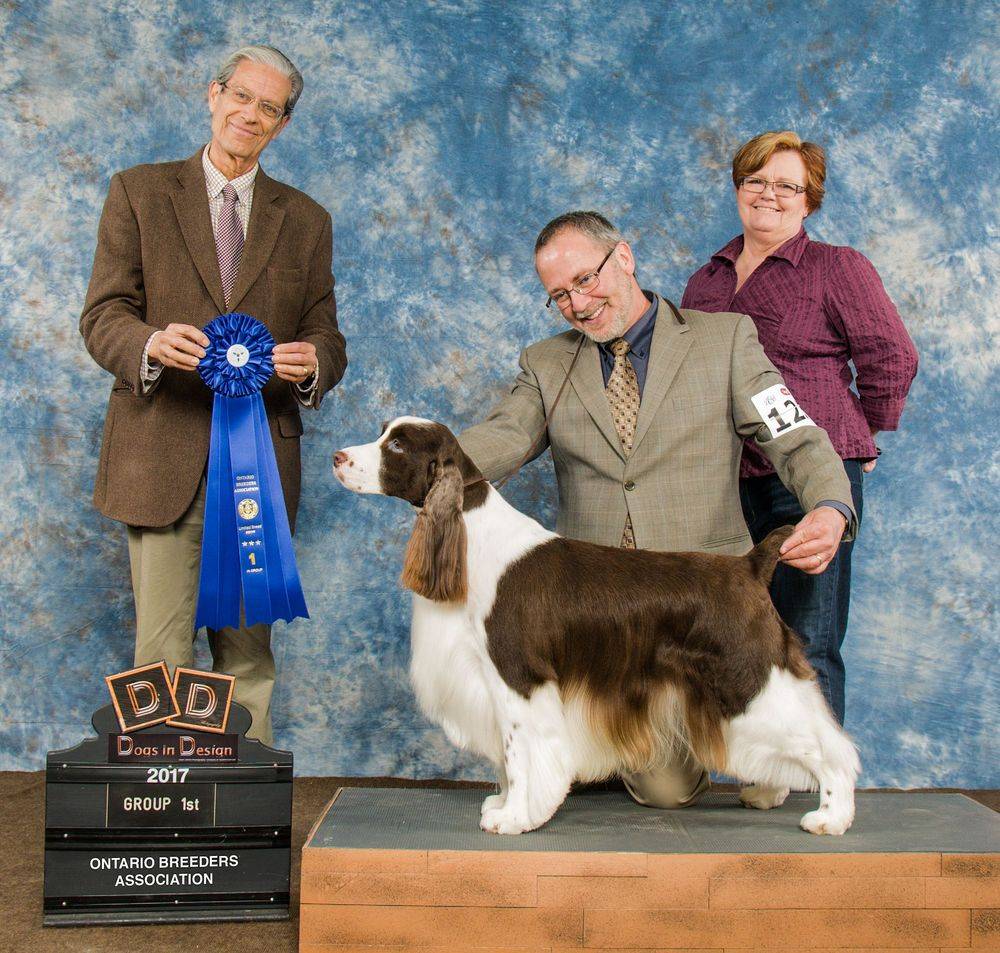 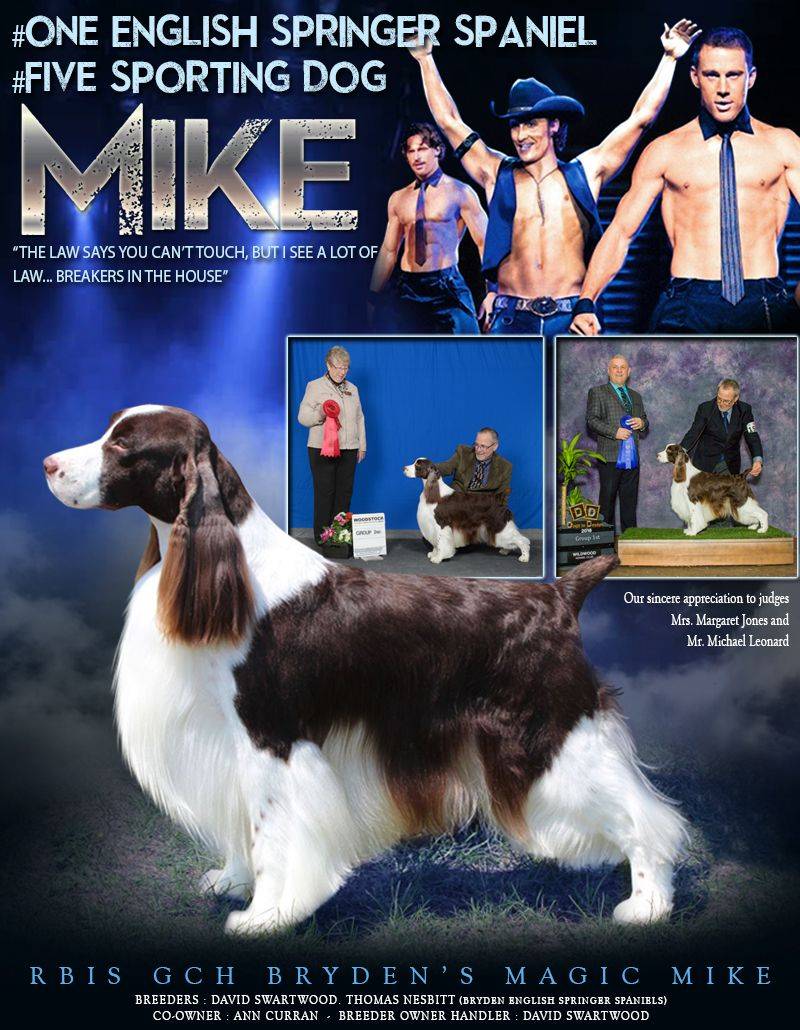 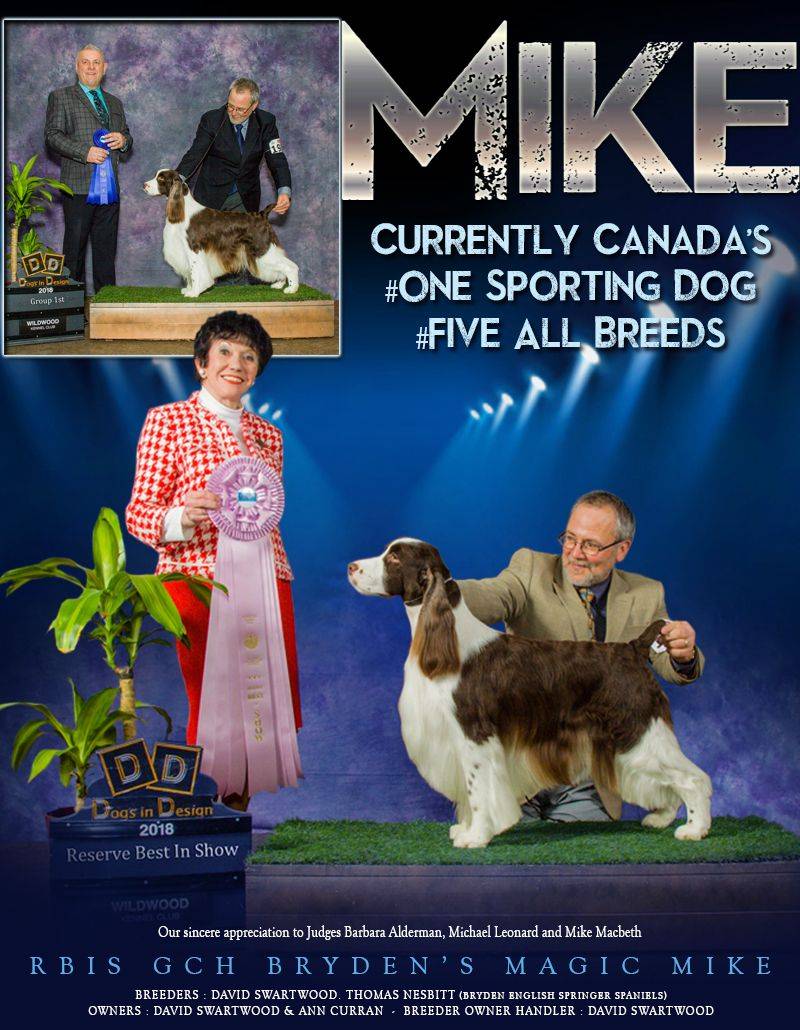 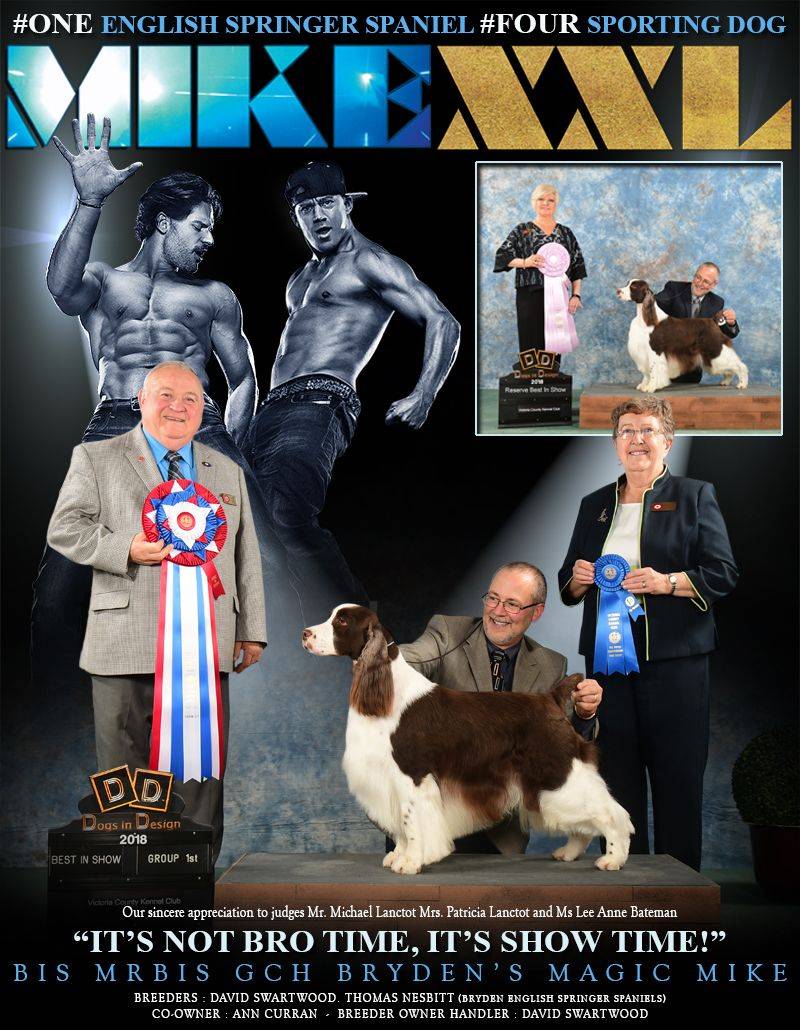 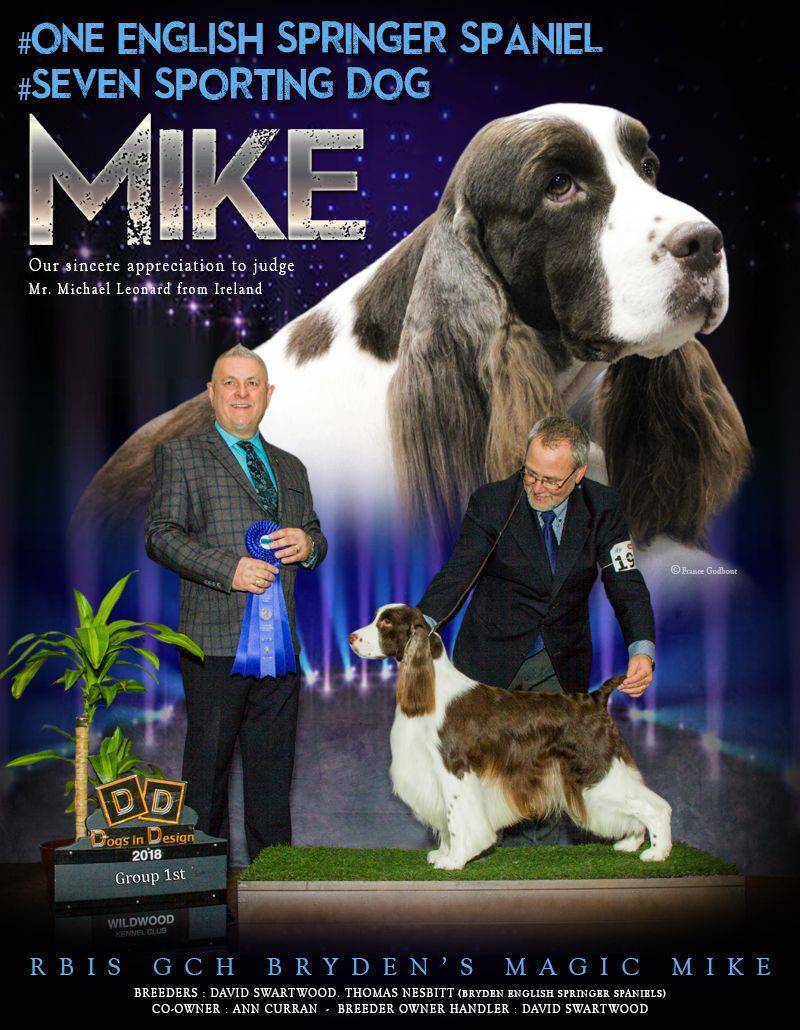 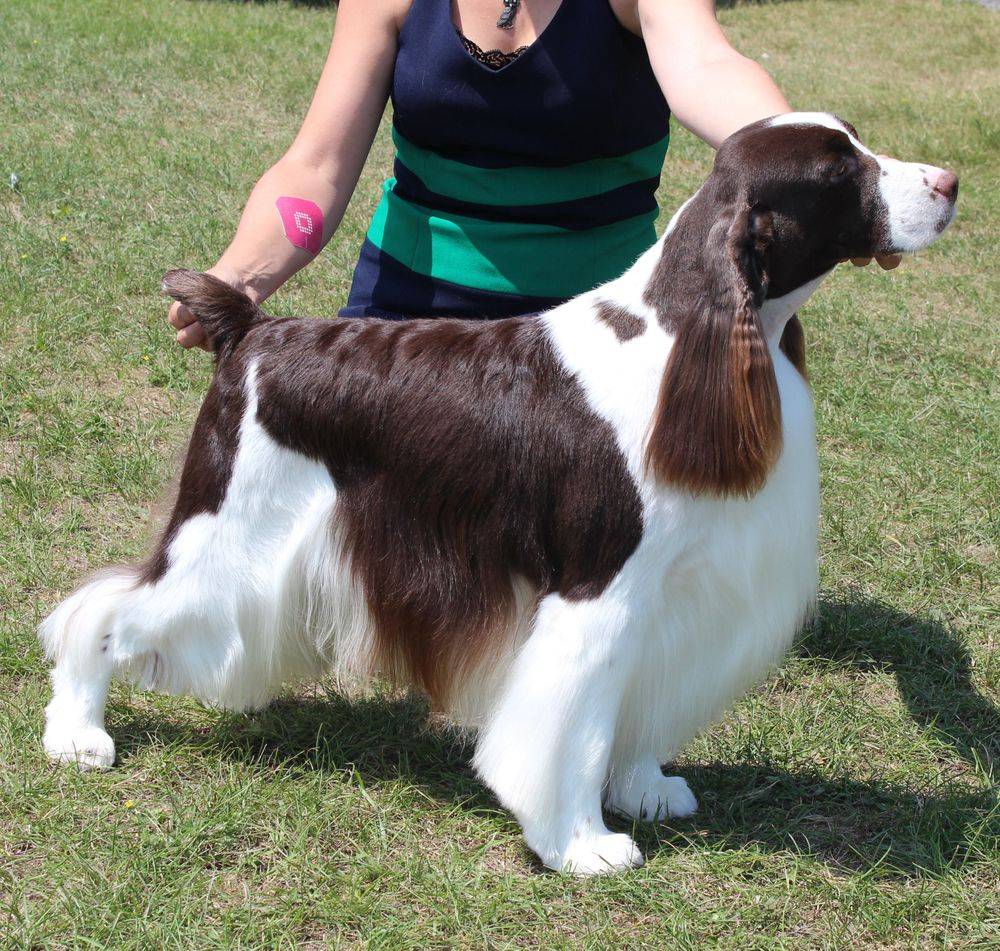