Bradley finishes 2021 as the Number One Springer Spaniel and Top Ten Sporting Dog in Canada! 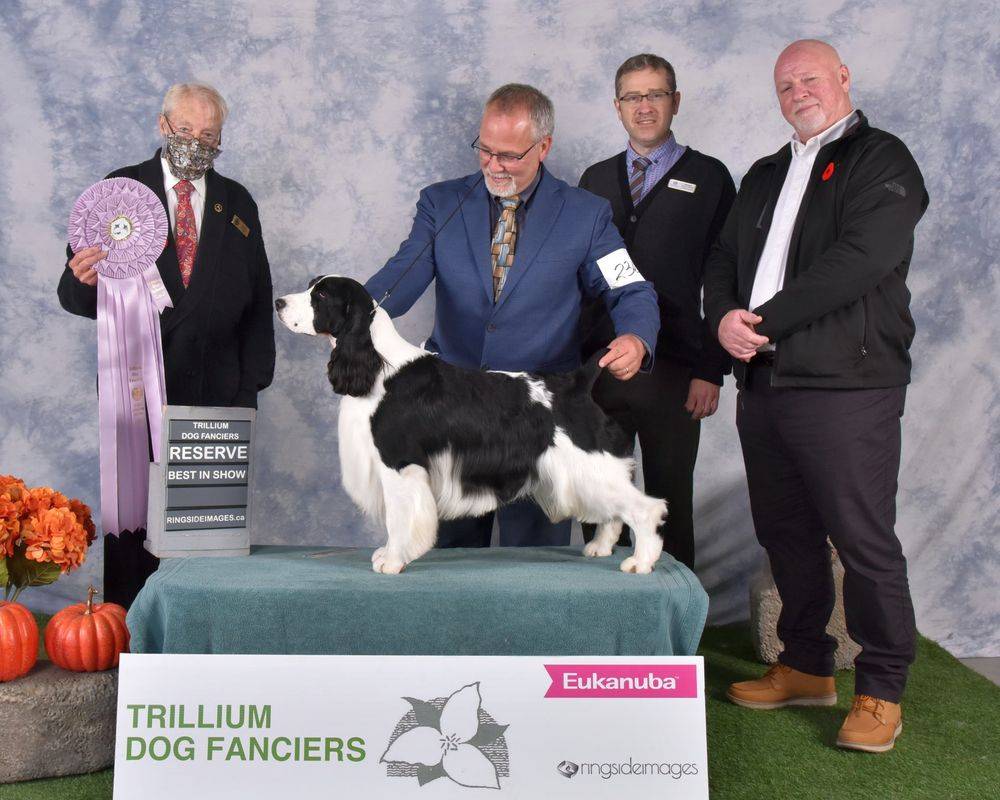 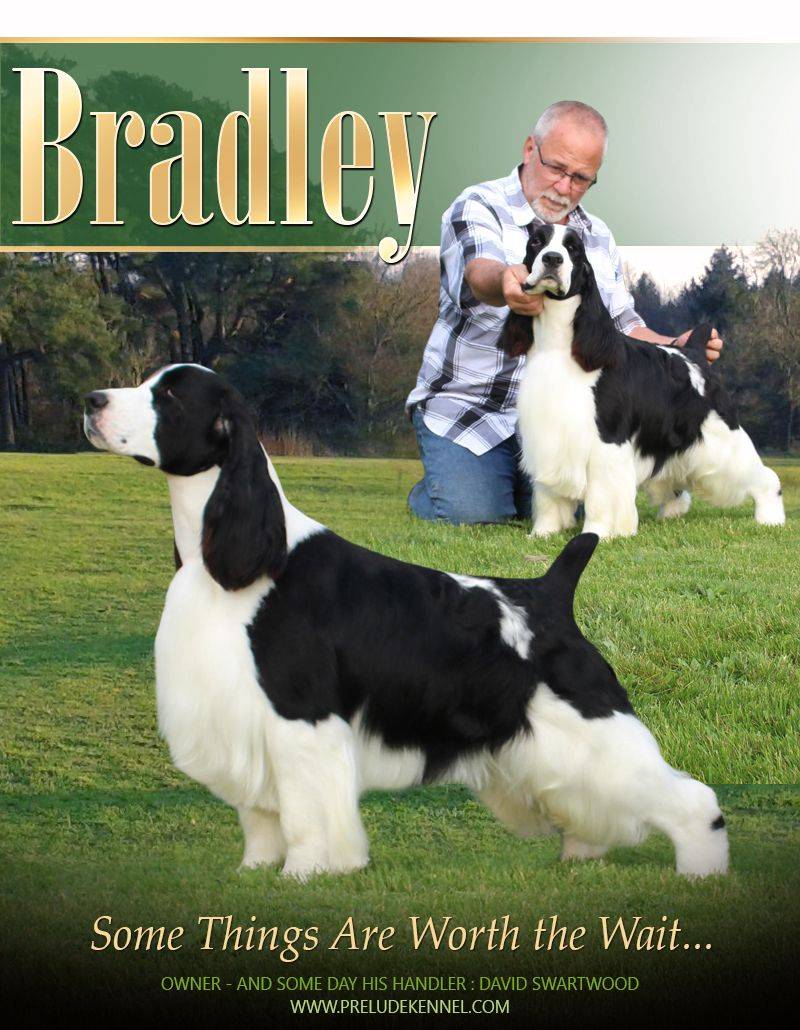 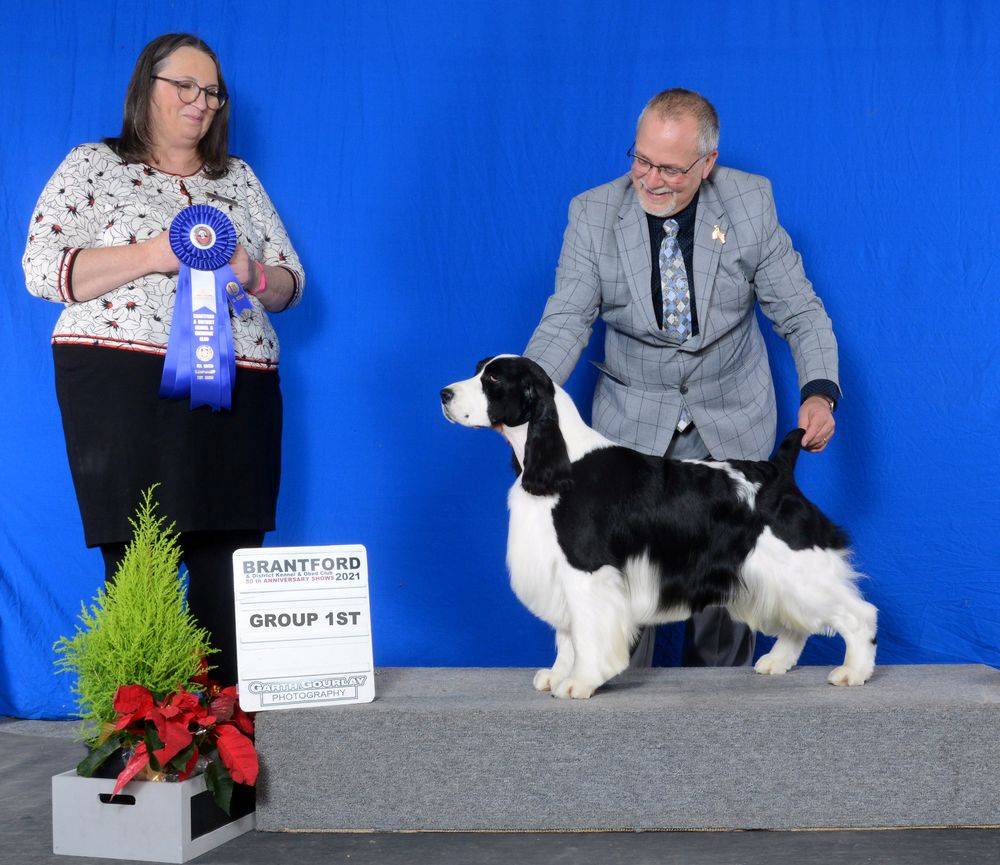 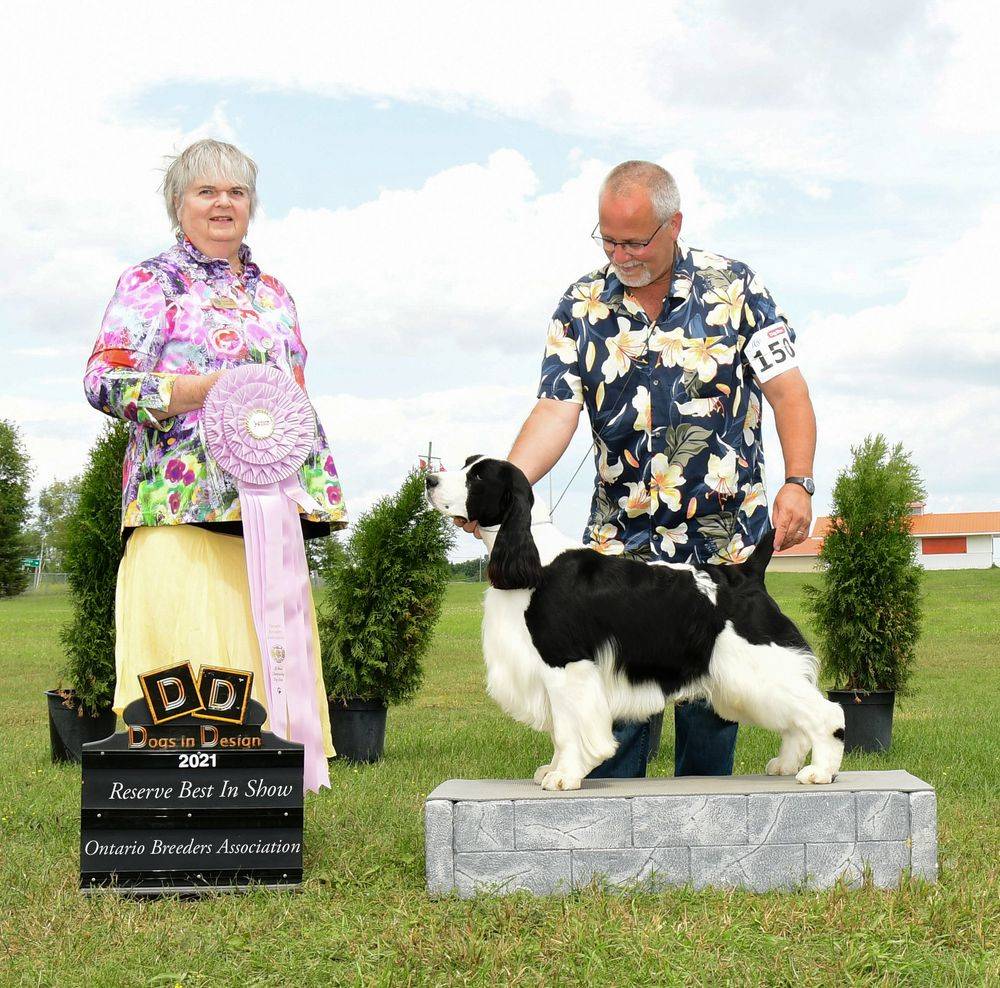 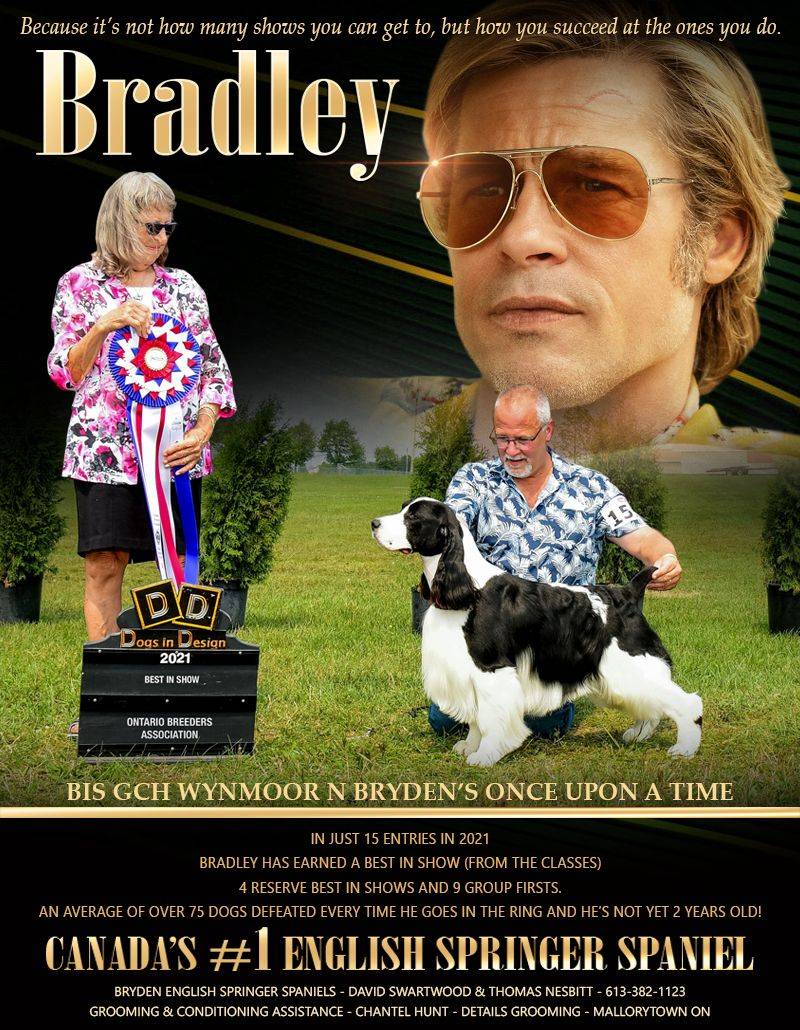 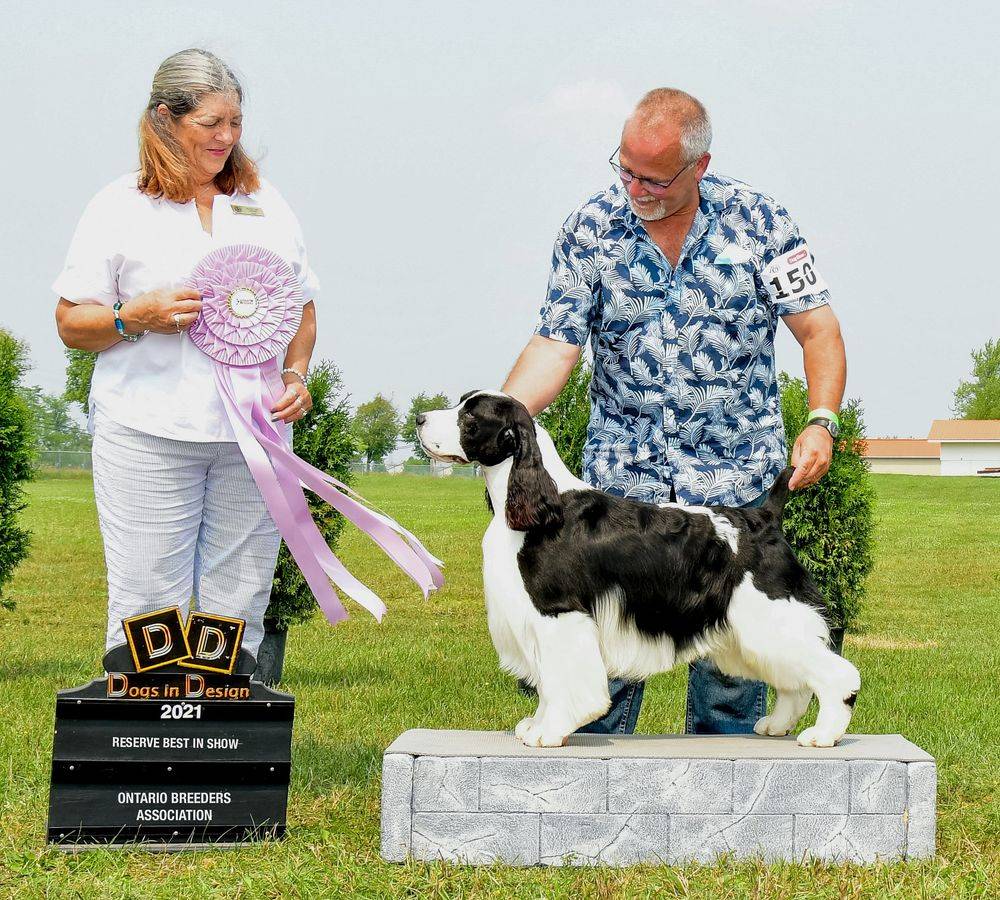 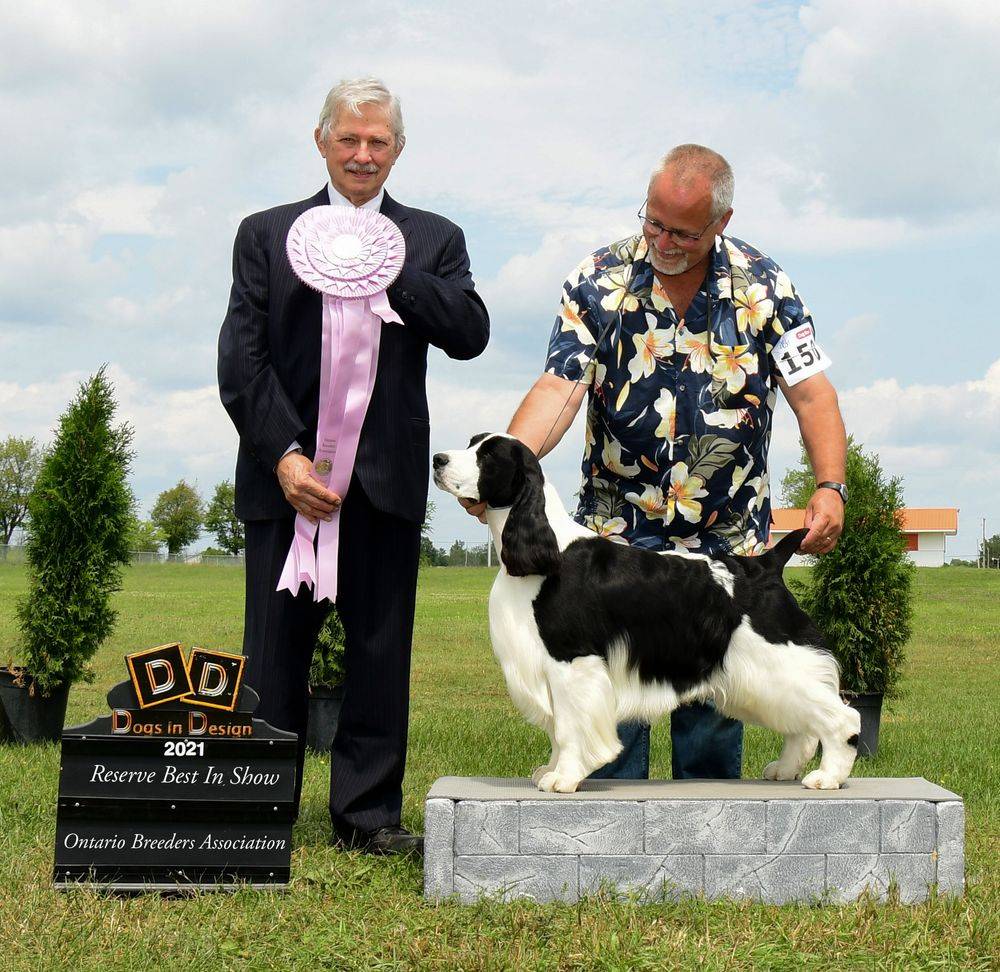 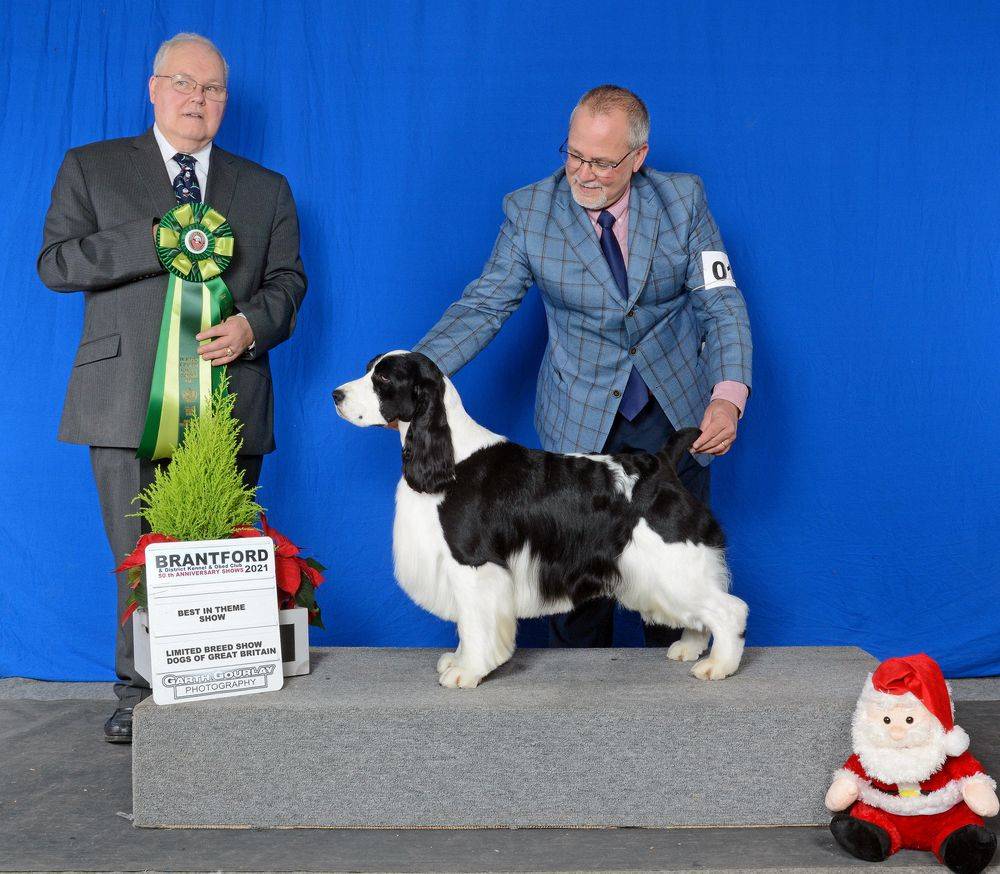 Buddy Finishes 2019 as the Number One Springer Spaniel in Canada!

At 10 years old Buddy goes out to play one more time in the ring. In three weekends he becomes the Number One Springer Spaniel finishing in grand style with a Group One under Spaniel Specialist Sandra Lex.

Buddy was last Number One Springer in 2014 but has been in the Top Five 6 years in total.

He was never shown more than 6 weekends a year and generally very close to home.

He won 72 Best of Breeds and converted 59 of those into Group placements of which 19 were Group Ones.

He also won the ESSCC Nationals in 2012, was Best Of Opp in 2013 and AOM in 2014. His last National appearance was 2016 were he took Best Veteran in Sweepstakes (not shown in the regular classes).

He has also achieved a US Best In Specialty at the Dallas Fort Worth English Springer Spaniel Association in 2013. These wins are all just icing on the cake for the heart and soul of this dog is magical. He passes on those traits to his children and I hope given the opportunity he will play on for years to come.

My love affair with the English Springer Spaniel began while I was in high school working as a veterinarian technician. One of our clients repeatedly brought in some of the most beautiful dogs I had ever seen. I finally got the nerve to ask if I could buy one from her and she found me a sweet girl named Samantha looking for a home. Sam taught me a lot and produced my first litter. From this litter a girl named Chelsea began my journey with obedience and conformation and all a springer can do.

Now after over 40 years I am proud of the many accomplishments achieved by Bryden dogs and their owners. I still continue to produce a couple litters per year and have come closer and closer to making that nearly perfect dog. I have been blessed to incorporate some outstanding pedigrees into my breeding programs and want to thank all those that helped me get to this level of producing top dogs.

This is "Buddy" at 10 months. Champion Bryden's Walk The Line. In his first week of showing in Canada he captures 5 Best Sporting puppy in group, 3 All Breed Best Puppy in Show, won an All Breed Sweepstakes, was Best Puppy at the ESSCC National Specialty and the Best Puppy in Sweepstakes as well. His first venture to the US at 7 months netted him a 4 point major win and was followed up by winning the breed twice and a Sporting Group Third at 9 months of age. He completed both his American Championship and Grand Championship and won the Dallas Fort Worth Springer Specialty as well. In Canada he won the Canadian Nationals in 2012 and Best Of Opposite in 2013 along with an Award of Merit in 2014.